Hooked: How Hollywood Creates Addictive Content and What You Can Learn From It

One of my favorite jokes of all time is actually an anti-joke. Here it is:

Q: “How do you keep an idiot in suspense?”

It is a pretty silly anti-joke, but it tells a lot about human nature. We love suspense. An unresolved ending keeps us glued to our favorite TV show or makes us turn page after page instead of stopping at the end of the chapter.

We like anticipating what is going to happen to our favorite characters or how a conflict can be resolved. We also like taking sides and guessing who is going to win a contest, for example.

Hollywood screenwriters are masters of suspense. They know how to build tension and how to keep the audience on the edge of their seats, wondering when the main character will find their soulmate or when the murderer will be discovered. But, most importantly, they know how to create addictive stories that keep viewers in front of the TV for several hours.

So, what is it about movies that make them so addictive? And, how can you use these techniques in your copywriting?

Here’s what you can learn from Hollywood about creating addictive content.

What Hollywood Knows That You Don’t

Arguably one of the best horror movies of all time is “Paranormal Activity”. Shot in just seven days, with an impossibly low budget ($15,000), the movie earned more nearly $108 million at the U.S. box office and it was praised as the most profitable film ever made, based on return of investment.

The movie tells the story of a young couple, Katie and Micah, who use audio-video equipment to record unexplained sounds and things that happen in their newly purchased home. With hardly a sight of the demon or a drop of blood, the movie manages to build suspense as it shows the couple watching video replays of them sleeping.

What was it about “Paranormal Activity” that made it so successful and what can you learn from it to improve your copywriting?

Our brain has an enormous capacity for thinking, reasoning, and introspection, allowing us to see the world in a way no other animal can. When we watch a movie, our brains work in a special way. According to a study published in the Online Journal for the Psychological Study of the Arts, movies arouse our subcortical emotional systems. This is why we care about the imaginary characters and situations that we are seeing.

In a study conducted by neuroscientist Joseph LeDoux, from New York University, it was showed that fear is not just a biological reaction, but an emotion derived from both, our primitive and more recently acquired abilities. Conversations between the amygdala and the cortex allow humans to interpret an event and respond to with an emotion, such as happiness, fear, anger or sadness. Scary movies, for example, entice both of these regions, making us feel fear simply by thinking about a scary situation.

Hollywood knows that our brains are hardwired to react to emotions. So, it makes you experience joy, sadness, anger, fear, awe, lust, all the emotions you might have in life. And, because you suspend disbelief while watching a movie, you actually feel them.

Hollywood also knows that movies are a form of escapism, that people want a distraction to help them take their minds off work and the hassle of everyday life.

One more thing Hollywood knows is that if you can’t capture your audience’s attention from the first few minutes, you’ve lost them. This is true for content writers and copywriters, as well: if you can get your readers hooked from the first few words, they will hit the “Back” button.

So, what techniques does Hollywood use to create addictive content?

The answer is setups, open loops and payoffs.

Hollywood screenwriters use three main techniques to generate stickiness. They setup an action, thing or event to carry an emotional charge, they use open loops to get viewers to invest their emotion in the story and then they pay off viewers for their emotional investment.

In order to help you improve your copywriting skills, I will discuss each technique briefly.

In an article about how to use setups, open loops and payoffs in copywriting, Jeff Sexton from Copyblogger asks how is it possible that a string of fake pearls, purchased for $25, can be sold at an auction for $211,000. The explanation, he says, is that Jacqueline Kennedy had worn the pearls in almost every historical photograph featuring herself and her husband, President John F. Kennedy.

Jackie’s iconic style, her life and her status as a First Lady were the setup for the enormous priced paid for the necklace.

Likewise, Hollywood screenwriters set up an action, a character, an event or a thing – it can be anything from a piece of jewelry to an intriguing spy device – to move the plot in the right direction and to get people to emotionally invest in the story.

For example, if the main character in a spy movie would manage to escape from a life-threatening situation using a gadget that wasn’t introduced before in the movie, you would say the plot is ridiculous and unrealistic. But, if the protagonist was given that gadget at some point in the movie and he uses it to save his life, you will have no problem accepting the existence of the device. Furthermore, you would feel a sense of pleasure to see how the gadget reaps at a crucial moment in the story.

It is possible to apply this same trick in your copywriting as well. Of course, it is hard to orchestrate the level of emotional investment movies have, but it’s not impossible to add more significance to your content.

Screenwriters use setups for two main reasons: to make the plot more plausible and to keep people wondering what is going to happen next.

This is where open loops come into play.

According to Wikipedia, an open loop is “a rhetorical device to instill curiosity by creating anticipation for what will come next. The device is sometimes also called a tension loop for the tension and anticipation it creates.”

An open loop is what entices our curiosity and what makes our brains anticipate what will happen next.

Let me give you an example.

You are at home, watching your favorite TV show. You nearly jump off your seat when an unexpected twist takes place – a long-gone character reappears, the world is about to explode or something like that. But, just when something dramatic is about to happen, the episode (or worst, the season) ends.

The reason the TV show got you so excited has to do with open loops. The screenwriters open a loop by giving you the beginning of the story. But, now, your brain wants to know more, and it starts developing different scenarios of what it thinks may happen.

The loop is closed when you see the final outcome, and the suspense is released.

I know what you are thinking. How can you use open loops to perfect your copywriting? You can start by crafting attention-grabbing headlines.

A headline works like an open loop: it intrigues the reader by opening a loop while promising to offer an outcome in the article.

John Caples’ headline: “They Laughed When I Sat Down at the Piano But When I Started to Play” is an excellent example of the open-loop technique. Your brain notices that part of the information is missing and it produces a feeling of deprivation. So, you read the ad to complete the knowledge. The headline alone was able to entice curiosity and set up the story.

When you open a look, you leave the reader craving for more. You appeal to his curious nature and arouse his emotional side. But, as you might imagine, you can’t open loops without closing them. You also need to payoff readers for their emotional investment.

In order to explain how Hollywood uses setups and payoffs to engage the audience, Jeff Sexton from Copyblogger refers to Pixar’s movie “Up”. Just in the opening sequence, he says, the film manages to create the setup for emotional attachment and to payoff viewers’ investment.

For example, in the first scene, one of the main characters, Carl, is depicted holding one blue balloon. The balloon becomes a symbol of his solitude and of his first encounter with Ellie, who will become his wife. The blue balloon is showed again at Ellie’s funeral and in the scene showing Carl returning home from the cemetery.

The screenwriters showed the viewers an object (the blue balloon) and asked them to invest in it emotionally. Then, they paid the viewers back for their investment, by closing the loop and showing how the item helped the story develop.

There are a few techniques you can use to create setup, open loops and payoffs the way movies do. For example, you can create an emotional before-and-after comparison in which you tell readers how your life has improved after you started using a new product or found out about an amazing tip. Make your story believable by giving readers a real object, person or event to feel emotionally attached to.

Take a look at your headlines or email subject lines and tell me: are they compelling enough? Do they hook your audience and make them want to learn more?

Incorporating these Hollywood writing techniques in your copywriting can create a sense of anxiety that compels people to read your ads or open your emails. But, remember to always test your copy to see what works best for your business.

Are you using any of these techniques to make your copywriting more addictive? I’d love to hear your thoughts. 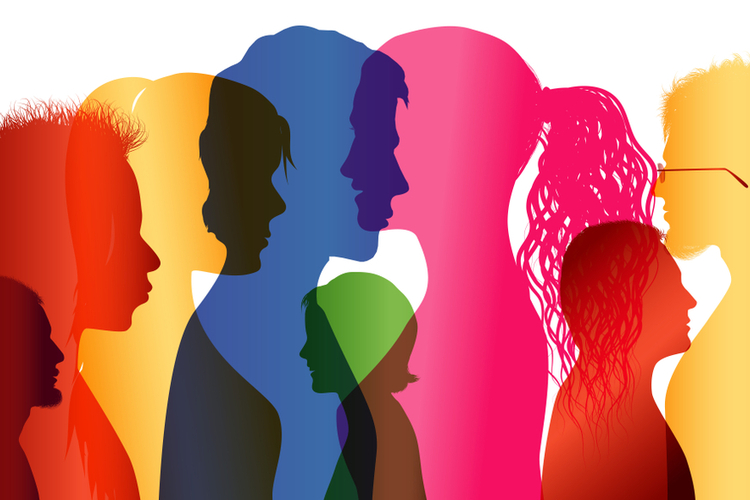 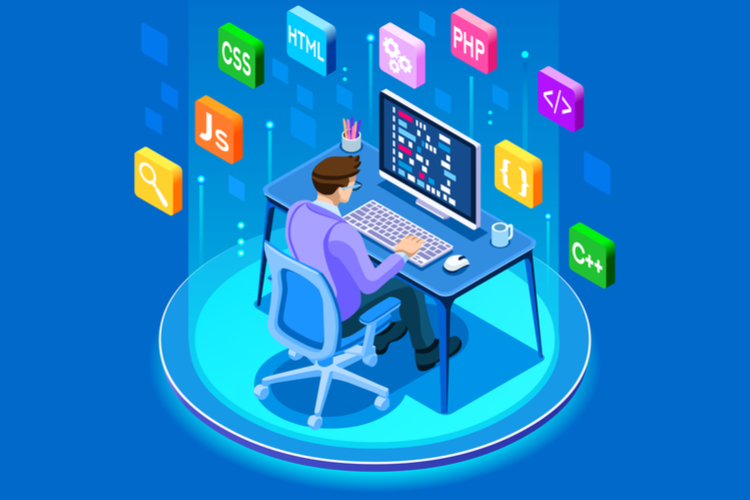 Developers Are Not Shakespeare: 5 Reasons You Need a Technical Writer 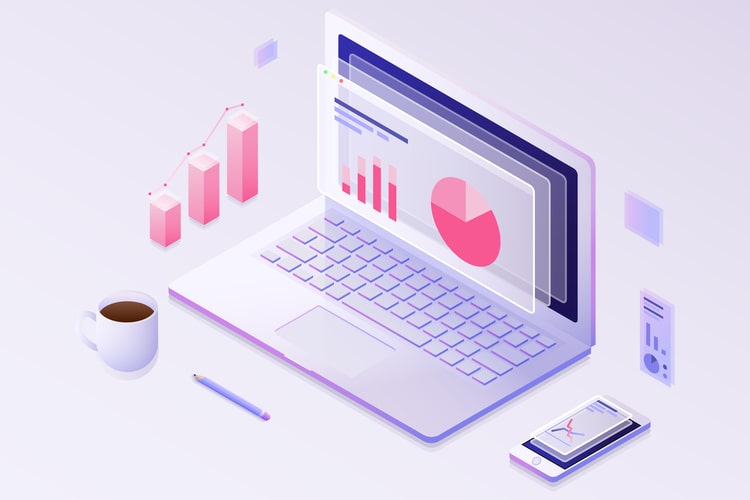 RankBrain: Everything You Need to Know about Google’s Artificial Intelligence Technology